Address of Izmailovo hotel in Moscow

Izmaylovo hotel on the Map:

Driveway to the Izmailovo Hotel:

Driveway - to Partizanskaya underground station; exit to the city - according to the pointer "Izmailovo Hotel".

From the center of the city: 20 minutes by underground to Partizanskaya station.

From Vnukovo airport: by bus no. 611 to South-West (Yugo-Zapadnaya) underground station, then to the station Lenin Library, crossing to Arbat station, drive to Partizanskaya station. Float - 1 hour 40 minutes.

On arrival in Gamma-Delta building of the Izmailovo Hotel, please, go up to the 6th floor, room 611 to the administrator of LLC Olympic Tour for registration and moving in.

Advantages
"Olympic Tour" LTD Official Tour Operator
Regulation of prices depending on terms of residence
No extra charges for hotel services
Free reservation of rooms (payment at moving in)
Online Payments on website
Prices are rather low as for Moscow hotels
We accept: 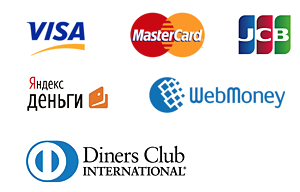